Kids That Code Will Get Fired

A list of frequently asked questions and other things we have written or presented.

Kids that code do not have a sure-thing future.

However, over the past 15 years, parents have really pushed their kids to learn how to code.  Unfortunately, parents who believe coding is the future are driving through the rearview mirror and asking the wrong questions.

To summarize, some parents believe coding skills will lead their children to a secure future in the tech industry. In reality, kids who want a forever-career in technology need creative thinking with logic and linear algebra skills.

Those skills are more important than coding because they will allow kids to adapt to future unknown tech needs.

Tech industry coding requirements change faster than those of any other industry in history.  The technologies used five years ago to create a websites are much different than those used today. Companies ran internal databases a decade ago and today they run on 'serverless' databases. Those website and database coders that couldn't adapt to these changes are obsolete. Coders' skills become stale as fast as last season's fashions. The field of coding has glamorous and boring positions, just like any industry.

Are you in a glamorous role or a drudgery one? Kids that code, or parents that want them to code, may not understand that the tech architecture of the future does not exist today.

Coding camps or programs are teaching today's technology which will be obsolete in the future. For example, today any website used for more than billboard marketing has 3 areas: back-end, middleware, and front-end.

As shown below, even a very simple web site architecture has multiple evolving technical pieces. If your kids limit their learning to a single architecture, language or platform, their skills will be obsolete before they ever hit the tech marketplace. 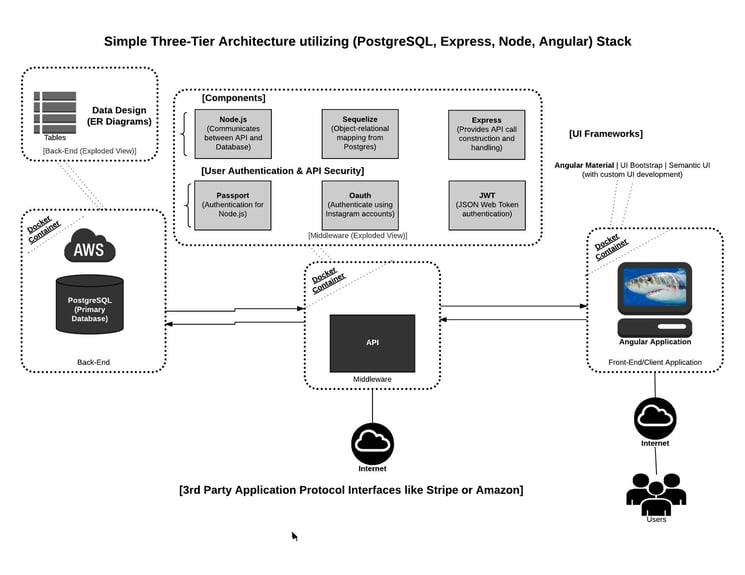 Generally speaking, today's coders are adaptive (meaning they are in their 30's and 40's) or are millennials. Coders that never become obsolete center their skills in creative thinking, logic and math.

They love to learn and to adapt.  In the long run, great coders are flexible and do not have a rigid tech mindset. Kids that code from coding camps or schools without the strong fundamentals of logic, math and problem solving are already obsolete.

Don't let your kid become a one tech trick pony.

Is It Time To Fire Your Trustee? | Wealth Advisors Trust Company

Do you need to fire a trustee? Trustees control everything. If you are the beneficiary of a trust it is important for you to have easy access to your ...

Is It Time To Fire Your Trustee? | Wealth Advisors Trust Company

Do you need to fire a trustee? Trustees control everything. If you are the beneficiary of a trust it is important for you to have easy access to your ...
END_OF_DOCUMENT_TOKEN_TO_BE_REPLACED

A few days ago, I finished reviewing and approving my third Will & Testament. I have revised my Will three times — at 25, 42 and 50.  It's just part ...
END_OF_DOCUMENT_TOKEN_TO_BE_REPLACED

Give us a call and let us know how we can answer your questions.