A list of frequently asked questions and other things we have written or presented.

Trust distribution guidelines in the trust document create the foundation of success or failure. Parents and grandparents must consider how trust distribution definitions fall under the supporting or enabling type.  Having some plan leads to a balanced outcome for current and future generations.

To plan for future trust distribution(s) through your Will or trusts gives beneficiaries guidance. Wealthy families have a mixture of financial and operating assets. Successful families plan and develop their philosophy of money to match the families wealth. These families provide education and tools to prepare each generation for successful handling of this wealth. They focus on each individuals resource as well as the shared family resources. In turn, hopeful grantors look forward to their kids and grandkids be contributors to society. The tricky part does that definition mean the same for every generation? The answer does not mean everyone earns big salaries. Unfortunately, no one can pre-plan for over-to-spend beneficiaries.

Unfortunately, parents and grandparents overestimate their heirs' ability and desire to manage money. The fault lies with the parents and grandparents. The beneficiaries of this wealth were not informed or educated. Nobody had frank talks on the amount, the responsibility and the pitfalls of wealth. Financial experts agree the old adage of a family losing its wealth within three generations. Smart trust distribution(s) over generations is not guaranteed. This adage root comes from hard realities. One study found that for families with assets of at least $3 million, 70 percent of the second generation. The same study showed 90% of the third generation lose it all. Parents or grandparents that openly talk about their money and wealth philosophy to future heirs avoid the hard lessons of history. It helps the transition from one generation to the next. Future generations have more understanding and meaningful life experience. A sad fact shows only a third of family businesses pass to the second generation. Even fewer than 10 percent pass it to the grandchildren’s generation.

Language in a Will or trust on allowed trust distribution(s) becomes straightforward. Language restricting future heirs requests for trust distributions becomes sticky. How would you today describe a responsible Support or Maintenance distribution from a trust? Would your kids or grandkids have the same description? Trusts allow for distributions based on age, incentives, HEMS standard and/or staggered events. The act of distributing trust assets well by trustees has no guarantee. After a grantor's passing, the trustee has to interpret the trust language. Independent trust companies not competing with financial advisors make better collaborative decisions.

Readying your assets for distribution through a trust is often financially smarter because the process is easier and quicker to manage. Having a financial advisor act as trustee and manage the trust assets appropriately becomes a problem. The financial advisor value-add comes from financial planning and investment management. Trustee issues have the separate expertise and fiduciary duties. Imagine if a financial advisor acting in both roles had a trust distribution request for a Porsche. If they say No, they could lose the account but saying Yes harms the trust purpose and value. What if the trust owns real property or business interests? Having an independent trustee deal with those assets in collaboration with the financial advisor allows for a win-win.

Micromanagement from the grave will only serve to hamper the intent of the trust distribution plan. While the best trust documents have “Yes, and” versus “No, but” clauses, trusts that don’t allow its beneficiaries to experience growing pains will ultimately fail.

Let's face it - humans are imperfect.  Their reactions to a sudden surge of wealth creates two struggles - mental and social.  Will your heirs know of the amount of future coming to them upon your passing?  Imagine what you were like in your teens, 20's, 30's, and 40's.  Would you have had the same grit to create your current level of wealth had you known a large inheritance was looming?  Probably not.  So how do you write words in a trust document that balance between supporting vs. enabling trust distributions?  Firstly, lean on history.  Basically, only a families culture and philosophy will last way beyond the third generation (i.e. generally when trust money runs out).  Power and money do not last beyond three generations.  There are exceptions (i.e. British royal family). Secondly,  allow trust distributions not to hamstring future generations.  For example, if one heir wants to be a teacher and another wants to be an investment banker do not make distributions based on their level of income.

Trusts are complicated in that they involve multiple people at different life stages, with different emotional dimensions, all competing for the same assets to realize different goals and priorities. The type of assets left to your heirs further complicates the situation. It can be tricky managing real property or financial assets in a trust meant to provide an income for a generation of your family. Are your heirs allowed to work at the property? Are your heirs prepared to sit on the trust committee? If you try to answer every imaginable question for future generations you will get it wrong 100 percent of the time.

The famous Biltmore Estate in North Carolina has sustained asset transfers now into the fourth generation and is able to stay open to the public because of shrewd pre-planning. Though the latest Biltmore transfer happened in 2017, the family began planning for it in 1978. “Almost everything we did had an undertone or a consideration for making sure that when the eventual transfer happened, that we would be intact and everything would be fine.” Proper wealth management requires a trustee to consider the grantor’s written wishes during trust distribution and asset management. Cooperative beneficiaries that share the grantor’s vision of maturely handling the trust distribution are vital to successful long-term wealth transfers.

Advisors urge grantors to communicate to their beneficiaries their family’s philosophy of wealth and the importance of collaboration with other beneficiaries and the trustee. Media magnate Hugh Hefner was more heavy-handed in his trust distribution planning. Hefner allowed his trustees to cease disbursements and require drug and alcohol testing of his beneficiaries should the trustees “reasonably believe” the beneficiaries become “physically or emotionally” dependent on the substances. A California grantor’s wishes for her estate to promote her family’s newspaper interests ultimately dropped her great-grandnephews’ trust’s net worth from $300 million to $20 million. Whatever route you decide for your trust distribution plan, it is essential to at least have a plan. When Cornelius Vanderbilt died in 1877 his estate was valued at an inflation-adjusted $200 billion. Less than 100 years later when his descendants gathered for a reunion there wasn’t a millionaire—or a plan—in the room.

Next Steps for Grantors and Advisors on Trust Distributions

Here are few steps and questions to arrive at answer: 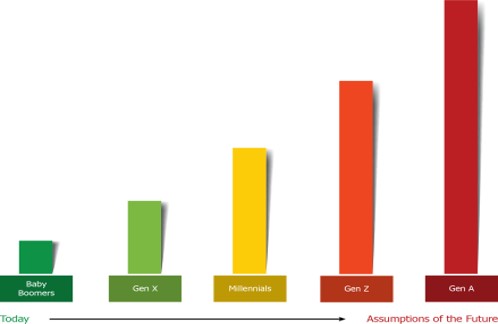 Leave a comment and let me know your thought.

The right trust document, paired with an easygoing beneficiary, creates easy trustee distributions. A trustee has two main responsibilities when ...

Asking for money from a corporate trustee usually becomes an unhappy experience. It does not have to be. Everybody has stories about these ...

The Independent Trust Company model is evolving. A trust company manages, invests, and administers your trust assets. The services they're offering ...

Asking for money from a corporate trustee usually becomes an unhappy experience. It does not have to be. Everybody has stories about these ...
END_OF_DOCUMENT_TOKEN_TO_BE_REPLACED

The Independent Trust Company model is evolving. A trust company manages, invests, and administers your trust assets. The services they're offering ...
END_OF_DOCUMENT_TOKEN_TO_BE_REPLACED

Give us a call and let us know how we can answer your questions.